As mentioned in the report, Garcia has long been considered the most plausible acquisition at the back for Barcelona, with the Spaniard out of contract in the summertime.

MORE: Barcelona could overhaul their defence next season as two free agent stars linked to the Nou Camp

However, with Garcia’s deal due to expire in just a few months, he’s been able to reach an agreement with Barcelona, or any other interested party, since January, but there has been no such announcement.

At this point in time, it would be wise for Joan Laporta and Ronald Koeman to consider alternatives, else they face the possibility of heading into next season without having recruited sufficiently.

That’s where Caglar Soyuncu could come into play, at least so Don Balon believe. The Spanish outlet claim that the Turk is being considered as an alternative for Garcia, should a deal not be reached. 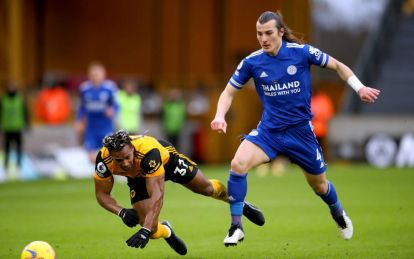 Soyuncu has been titanic at the back for Leicester City this campaign.

The only concern for the Catalan giants would be Leicester City’s unwillingness to sell Soyuncu, who would likely cost a pretty penny, while Garcia would arrive on a Bosman.

In truth, while Soyuncu is a superb defender and has been a star performer for Leicester over the past 18 months, they might be better off caving to Garcia’s personal term demands.

Soyuncu is valued at £36M by Transfermarkt and has a contract with Leicester until 2023. 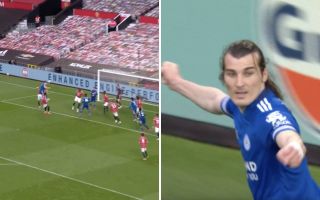