Barcelona are hoping to tie Pedri down to a long-term contract to ensure that his future lies at the Nou Camp, according to Todo Fichajes.

You could be forgiven for not knowing who Pedri was at the start of the season – very few people did. However, with the 19-year-old, signed from Las Palmas, establishing himself as a key figure under Ronald Koeman, the whole world knows his name.

MORE: Barcelona could overhaul their defence next season as two free agent stars linked to the Nou Camp

Pedri has been heavily involved in everything good that Barca have done this term, with his performance in the victory away at Juventus a notable, crowning moment for the youngster, who is also now involved with Luis Enrique’s Spanish national team.

Joan Laporta, who was recently re-elected as Barca president, will be wanting to keep Pedri around as he looks to ensure that the Catalan giants have a prosperous future under his leadership. 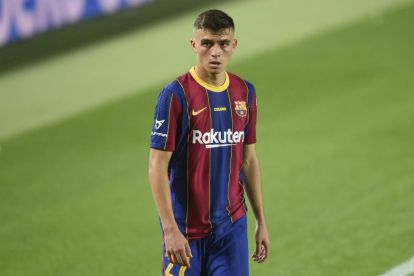 Todo Fichajes believe that to be the case, with the Spanish outlet reporting that Barca will open contract talks with the midfielder in hope of ensuring that he will be at Barca long-term.

Considering the trust that Koeman has in Pedri, and the frequency that he has demonstrated that this campaign, it’s hard to imagine there being any difficulty agreeing terms.