TalkSPORT pundit Tony Cascarino has claimed that Arsenal are “not even close” to Leeds United in terms of the attacking talent that they boast within their ranks.

Arsenal are battling with newly-promoted Leeds United in the middle of the Premier League table, with both sides hoping to secure a mid-table finish. How the mighty have fallen, eh?

Unfortunately for Mikel Arteta, its clubs like Leeds that he finds himself measuring his men up to at current, with the Manchester City’s, Manchester United’s and Chelsea’s of the league being some way ahead in terms of quality.

If you were to ask for Tony Cascarino’s opinion on the current state of affairs at the club, he’d tell you that Arsenal’s forward line is “not even close” to what Leeds United have to offer.

“The big surprise for me has been the style of play.”

“I never imagined Arteta’s team would be so negative. They’re the lowest scorers in the top 10.”

“They’ve got the same points as Leeds – they are not even close to resembling what Leeds are like as a playing style.” 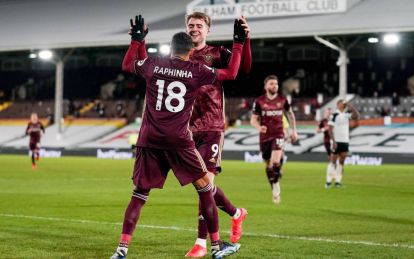 Leeds United have been one of the most exciting teams to watch this campaign.

“Leeds have scored more than them, but Leeds have a real intent and they really try to produce openings with purpose.”

“Arsenal sit off teams. I can’t believe that I’m watching a team that gets 11 behind the ball like they’re a team that have been promoted from the Championship, just offering nothing going forward.”

While this words will cut deep for Arsenal fans, it’s actually difficult to argue.

The North London giants have players with hefty reputations who are performing below bar, while it’s the absolute opposite at Elland Road. In this case, Cascarino has got it right… 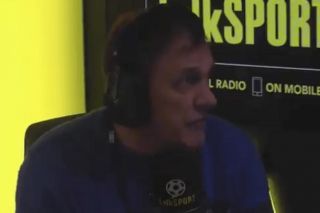 Video: Cascarino compares Arsenal to a team that have been promoted from the Championship December 26, 2020 11:25
Arsenal FC