Chelsea will not be prioritising additions in attack this summer, despite links to Borussia Dortmund forward Erling Haaland.

That’s according to Don Balon, who believe that both Roman Abramovich and Thomas Tuchel are in agreement – Timo Werner and Kai Havertz will come good and further investment in that area is not required.

The Athletic have reported previously that Chelsea would attempt to sign Erling Haaland from Borussia Dortmund in the summer, with the Norwegian currently being the most coveted player on the planet.

Signing Haaland would be at great financial expense for Chelsea, so if they were to pursue the 20-year-old, those pulling the strings at the club would have to be in unanimous agreement that he would be a necessary addition. 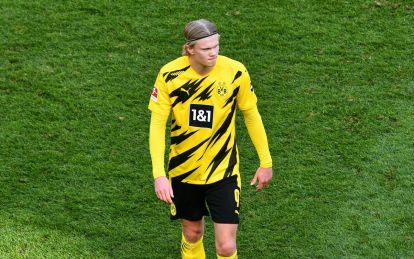 While Haaland is far and away better than any striker Chelsea have on their books at current, Don Balon are under the impression that the Blues will be keeping faith in Havertz and Werner.

That would leave them with cash to invest in other areas of the field, should they wish to do so.