Ex-Aston Villa star Lee Hendrie has suggested that the club ought to move for Callum Wilson if Newcastle United are relegated to the Championship.

Despite Fulham’s defeat to Wolves on Friday night, Newcastle remain in real danger of being dragged into the bottom three.

If Steve Bruce’s men are not able to find their edge in the coming weeks, they may well be playing Championship football next campaign.

As is oftentimes the case when clubs go down, the vultures will circle if the Magpies are relegated to England’s second tier.

One player who will likely be high on Premier League clubs’ wish-list is Callum Wilson, who has been a rare positive for Newcastle this campaign. 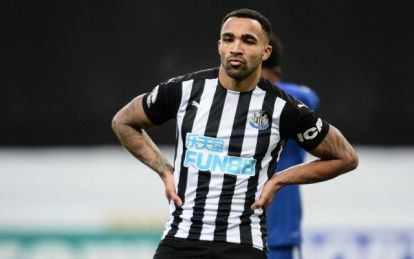 Callum Wilson could be on the market if Newcastle are relegated.

Lee Hendrie, formerly of Aston Villa, has revealed his belief that Wilson could do a job at Villa Park, and if Newcastle go down, the club ought to explore the possibility of signing him.

“I mean, Callum Wilson would be another one if you’re talking about Newcastle getting relegated.”

“Callum Wilson’s scored goals in a team that’s really struggled this season, so there’s lots of elements of certainly where you’d look at and think ‘yes’, they’re the players you sort of try and bring into the club and nurture and push it forward.”

Villa have Ollie Watkins in attack at current, but signing another Premier League standard centre-forward would do them no harm at all.