Cooper was shown a straight red card just minutes after game-winner Stuart Dallas fired the Peacocks into the lead, with this challenge that has sparked controversy.

Referee Andre Marriner was having none of Cooper’s protests following the slide tackle after a VAR review and brandished a straight red card, putting Leeds’ chances of an upset in trouble at the time.

Thankfully for the Yorkshire outfit’s sake, Dallas came up with a 91st minute winner for Marcelo Bielsa’s side. Points looked in doubt when Ferran Torres had scored an equaliser for City just 15 minutes earlier.

Cooper took to Twitter after the full-time whistle blew to mark a mammoth victory for Leeds, writing that his ‘brothers are animals’ out on the pitch and describing the red card drama as ‘it is what it is’.

The 29-year-old asterisked out a choice word in his post-match message as well, reiterating that opponents better ‘keep’ them down because this Leeds team always have a chance of of ‘coming back’.

It is what it is! But make sure you F****N keep us down because boy are we coming back. Get that into you!!!!! My brothers are animals! MOT ? 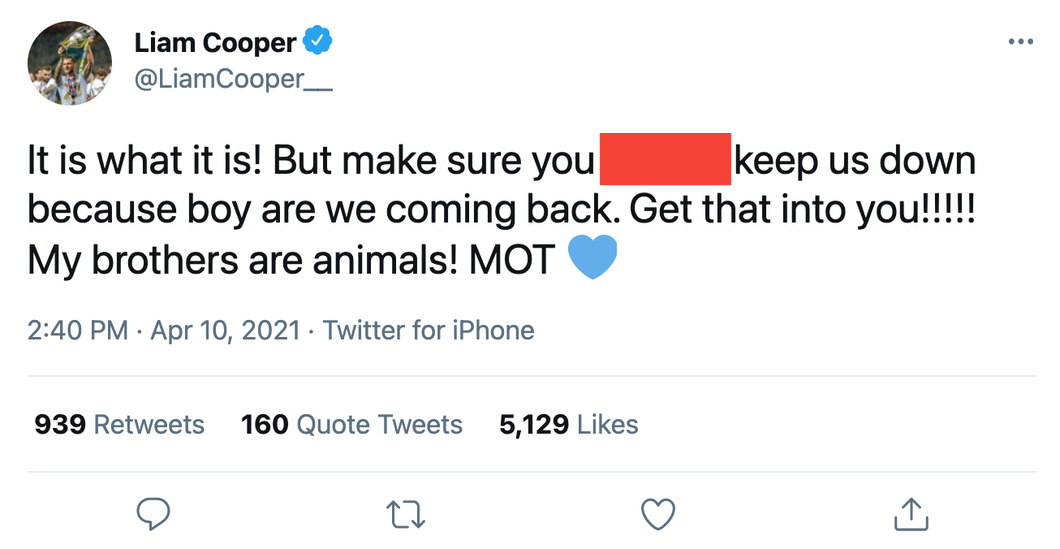 Hopefully, Copper does not receive any foolish punishment from the powers at be for his message as a result of it including a swear word, and it shouldn’t because he didn’t directly criticise the ref’s decision.

Leeds now sit ninth in the Premier League table, if they can keep thing up they’ll be behind a top-half finish in their first ever campaign back in the top-flight after a 16-year hiatus, truly remarkable. 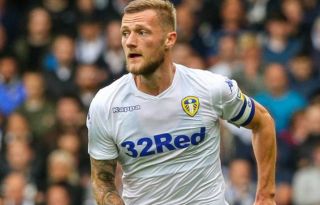