Newcastle United are scouting Sunderland’s on-loan defender Dion Sanderson, according to the Chronicle.

The Magpies’ summer plans are up in the air at current. Mike Ashley is unaware whether he will be looking to recruit Premier League or Championship standard players – or, knowing him, any players at all.

Nevertheless, the scouting team have to earn their wages somehow, and as per the Chronicle, those at St. James’ Park have been keeping an eye on their bitter rivals Sunderland, who currently have Dion Sanderson on their books.

Sanderson is on-loan at Sunderland from Wolves, with the Chronicle under the impression that Newcastle are considering making a move to sign the 21-year-old when the summer transfer window comes around.

While it would be a step back for the young defender to leave Wolves for Newcastle in the event that they are relegated, it would be an ideal opportunity for him to play first-team football and build a career for himself.

Whether Newcastle will follow their interest up with an official bid, and whether it would be of a value that could tempt Wolves into selling, are two things that remain to be seen. 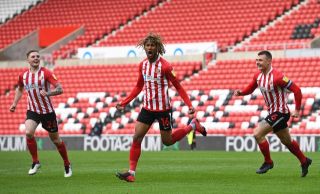