We’ve become used to teams debuting a few different shirt styles every season as they look to cash in, but Barcelona will be playing with a new shirt in the Clasico against Real Madrid tonight.

It seems that club legend Carles Puyol was instrumental in introducing it, and Marca have reported on a picture of him modelling the new-look strip: 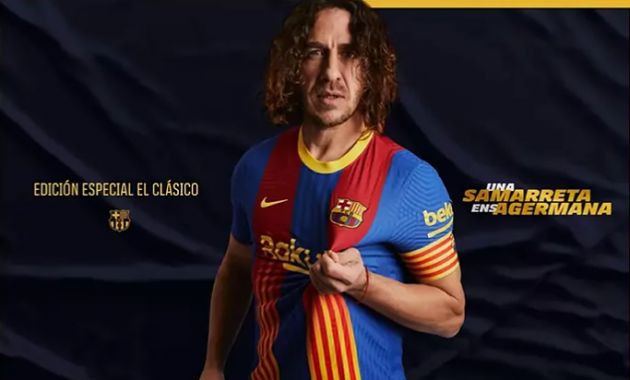 It’s suggested that it’s already very popular with the supporters and the first batch has already sold out, while we’ll find out very soon if it brings them some extra luck as they look to defeat their rivals.