Former Manchester United wonderkid Ravel Morrison has taken up some unusual training as he remains a free agent following his exit from ADO Den Haag in January, with the ace sparring a UFC fighter…

UFC prospect Lerone Murphy, who also hails out of Manchester and is of a similar age to Morrison, shared the hurt he put on the attacking midfielder in a recent training session on Instagram.

The image of a huge bruise on Morrison’s left should was captioned with ‘grappling and striking with my new coach’. Hats off to Ravel for getting in there with a man holding two wins in MMA’s top promotion.

The Star report that the creative midfielder, who won the FA Youth Cup alongside Paul Pogba, has been in talks with Championship and La Liga clubs, with Huddersfield reportedly eyeing a move.

See More: Boost for Man United in hunt for a new striker as agent tries to force Euro giants to let star go 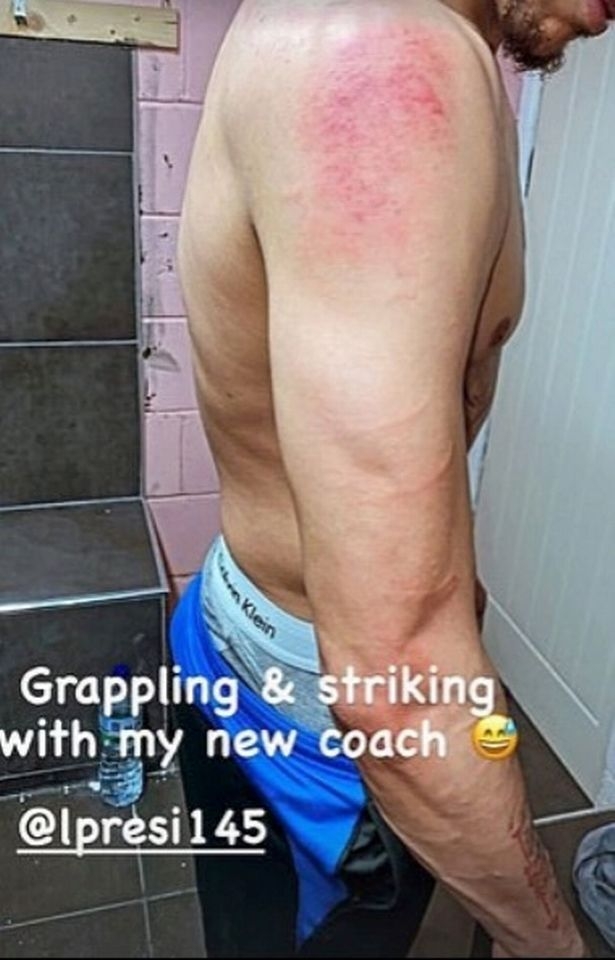 Murphy is one of Britain’s most exciting prospects in the UFC:

England’s Lerone Murphy showingcasing he’s one to watch and remaining undefeated. Who do you want to see Murphy take on next? #UFCFightIsland8 pic.twitter.com/0iwpbdOVmD

Morrison has featured for 11 clubs since his exit from the Red Devils, the playmaker’s career certainly hasn’t panned out like everyone would’ve expected in a sad case of what could’ve been.