Chelsea manager Thomas Tuchel has issued a warning to his struggling strikers – finish the season strongly, or face being replaced.

The Blues have improved considerably under Tuchel, irrespective of their 5-2 defeat to West Brom last time out in the Premier League.

MORE: Lampard admits he tried to bring £52m England star to Chelsea: ‘I was a big fan of his’

However, they still face the possibility of missing out on Champions League qualification, despite having one foot in the semi-final of this year’s competition.

Much of that can be attributed to their lack of free-scoring striker, which will no doubt have been a concern to Tuchel over recent months. 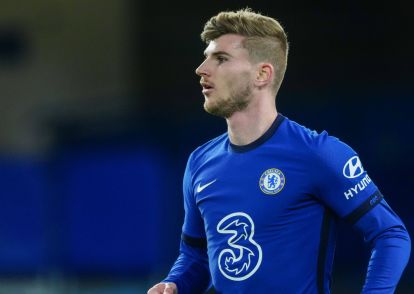 Things don’t look particularly rosy for any of them, with Tuchel’s comments ahead of their clash with Crystal Palace this weekend doing little to allay their concerns.

Quoted by Goal, Tuchel insinuated that, if the situation is not able to resolve itself over the coming weeks, Chelsea will be forced to look to the summer market for a solution in that area of the field:

“For the next eight weeks, we just have to think how we can improve the scoring and the scoring situation, and nothing else, and then in the summer we will think further and think together with the club about what solutions are the best solutions for us.”

As the report by Goal notes, Erling Haaland is on Chelsea’s wish-list for the summer transfer window. As difficult a deal as it is to pull off, it’s a clear indicator that they’re in the market for a striker.

Giroud, Werner and Abraham have just a matter of weeks to ensure that they are not forgotten about in the midst of another big summer spend in SW6.