There are just five days to go before Barcelona take on Athletic Club in the 2021 Copa del Rey final at La Cartuja stadium in Seville.

It’s the same venue where the Basques lost just over a week ago in the delayed 2020 final against Real Sociedad.

To that end, we can be assured that Los Leones will certainly be up for the fight, whilst it appears Barcelona, or one of their players at least, isn’t.

Perhaps the Clasico loss against Real Madrid is what’s seen all of Jordi Alba’s confidence evaporate, because it’s hard to think of any other explanation as to why he doesn’t think his team will win. 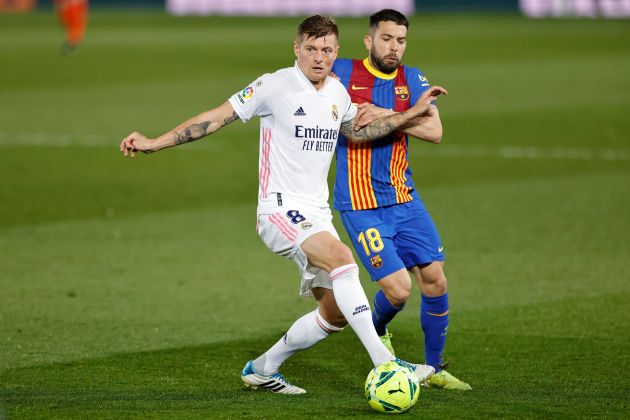 MARCA report an unfortunate episode where Alba’s conversation with Gerard Pique after the match against Real was picked up by the microphones on Deportes Cuatro’s cameras.

It doesn’t make for good reading to any fan of the Catalan club looking forward to their biggest game of the season.

Pique: We will win this Copa for sure, come on!

Ronald Koeman hasn’t won any of the big games his side have faced this season, so it’s possible that the team are losing faith in their manager at just the wrong time of the season.