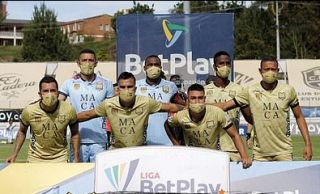 As scarcely believable as it is, Colombian top-flight outfit, Rionegro Aguilas, had to take the field for their match against Chico FC with just seven fit players this weekend.

Incredibly, they had 22 players ineligible for the match according to the Daily Mail.

Sixteen were missing because of testing positive for Covid-19, whilst the other six had been ruled out through injury.

Unfortunately for Rionegro, as they still had seven fit players, they were obliged to fulfil the fixture.

According to Win Sports, cited by the Daily Mail, Categoria Primera A president, Fernando Jaramillo said; “If there are seven players available, you have to show up with those seven players.” 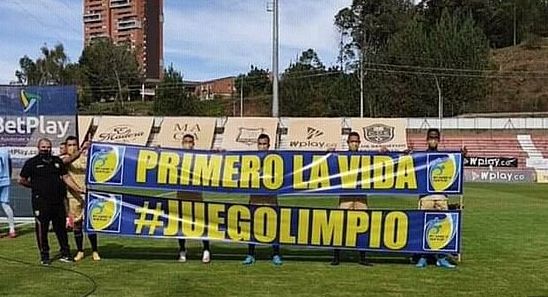 It makes a mockery of the sport when such rules must be adhered to so stringently, but what’s even more remarkable is that the seven men held out at 0-0 until just before the hour mark.

The game had to be suspended when Giovanny Martinez got injured in the 79th minute, meaning his team were left with six players, below the minimum amount required to play.

The team had showed their displeasure before the game – in which they had just two shots and 12 percent possession according to the Daily Mail – by unfurling banners which read ‘LIFE FIRST’ and ‘#FAIRPLAY.’