Former Manchester United midfielder Luke Chadwick believes it’s too late for his old club to win the Premier League title this season, despite Manchester City’s defeat to Leeds at the weekend.

Man Utd still have a game in hand on City and can reduce the gap to eight points if they win it, but Chadwick thinks two signings are needed now to help the Red Devils close the gap further next season.

Although United have clearly made progress this term, Chadwick still wants to see a striker and a centre-back come in, and named Harry Kane and Raphael Varane, respectively, as the ideal targets for those positions.

“I think it’s a little bit too late (to win the title),” Chadwick told CaughtOffside. “Obviously it’s a shock result that City got beaten by Leeds, but I can’t see them slipping up.

“Even if United win their game in hand, eight points, it would take another three slip-ups by City. United have cemented second place, they’re more or less certain of Champions League football next season, so if they can finish second and get as close to City as possible it bodes well for the start of next season, especially if they can keep going with this impressive away record.

“Where United have maybe fallen short is having that goal-scorer – I think Rashford and Fernandes are the top scorers – but there’s no one in this squad getting maybe 25 league goals a season. If they had that in the squad I think they’d be there or thereabouts and really competing with Man City.

“They were in a position where they maybe surprised everyone by getting to the top of the league and in a position to go and win it but then dropped off the pace while City went on a fantastic run.

“With two or three top, top players coming in in the summer hopefully a challenge will really be on next season.”

When asked about the prospect of signing Tottenham star Kane, Chadwick made it clear United should do whatever they can to get him, perhaps including a swap deal involving some of their squad players.

“Harry Kane is one of the few players in the world who you’d do everything possible and break the bank to get him,” Chadwick said.

“You look at the United squad and there’s maybe six or seven players there who are irreplaceable, but other than that if there’s someone who’s not playing week in, week out and you’ve got a chance to bring Harry Kane in then you do everything possible to be able to do that.

“Kane would be that missing piece of the jigsaw – someone who guarantees a lot of goals and someone who could lead you to a Premier League title.” 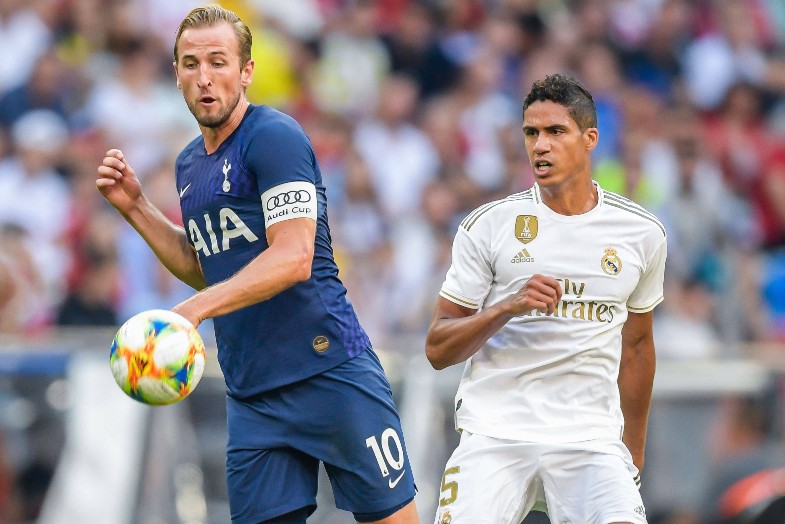 On what defender he’d like to see come in, Chadwick said: “If you could choose any centre-back for what United need it would be Varane, who’s obviously had a stellar career – a World Cup winner, a Champions League winner – someone who offers that athleticism that would complement Harry Maguire incredibly well.

“If any centre half is available I’d choose Varane, he looks like the one who could turn United into a title-winning or even Champions League-winning team.

“If you added him and a top centre-forward, those are the two areas of the squad that look like they should be a priority at this moment in time.”