After a woeful 2020/21 season, it wouldn’t be a surprise to see one or two Liverpool players want to move on, although that’s hardly the sort of loyalty that Jurgen Klopp and the Reds fans want to see.

The German has surely built up enough credit in the role for this season to be written off as an atypical campaign, given the horrendous injury list that no team would’ve coped with, as well as the various Covid-19 protocols to deal with.

That doesn’t appear to matter in Mo Salah’s case.

According to Don Balon, the Liverpool striker is desperate to leave the Anfield-based outfit this summer, but has ruled out a switch to Real Madrid because he wants to be the player that replaces Lionel Messi at Barcelona, either in the short or longer term. 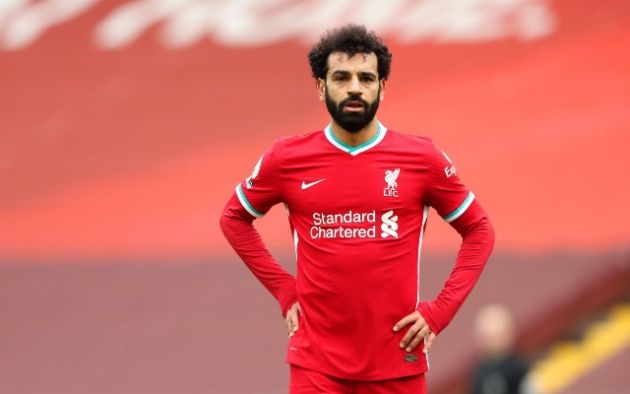 However, whilst Joan Laporta would love to sign him, the Catalans are unlikely to be able to afford him, which seriously limits his options at this point.

He may at least have a knight in shining armour to come to the rescue in the shape of Mauricio Pochettino.

Don Balon state that PSG have thrown their hat into the ring for the Egyptian King as a replacement for Kylian Mbappe.

It’s difficult to see a future for him under Klopp, so Salah may be forced to ply his trade in an inferior league as a result.