As we fast approach the end of the La Liga season, Barcelona are still in the hunt for a domestic double, with Ousmane Dembele enjoying his best form since arriving at the club.

After a torrid couple of years where injuries ensured that the Frenchman was never fit for more than a few games at a time, Ronald Koeman has enjoyed the fruits of his player’s labour more than any manager before him.

Dembele’s final ball still needs work, but in play, his lightning fast speed and his quickness of thought has been a real asset to the Catalans. 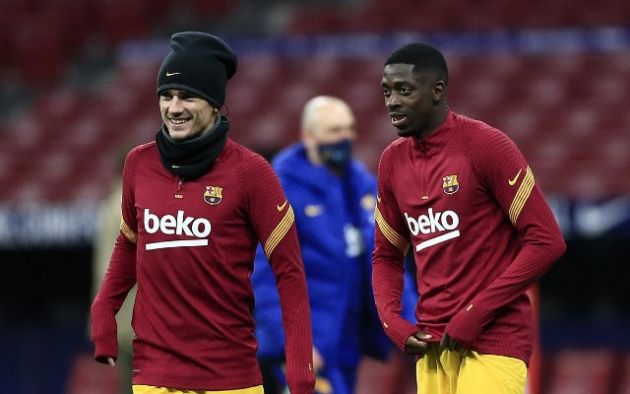 However, he has still not signed a three-year extension to his current contract, which has been put on the table by new Barcelona president, Joan Laporta.

Were he not to sign this summer, he could leave for free in 2022, and that’s unlikely to be something that Barca will countenance.

News too, that Dembele has courted controversy by naming Thomas Tuchel as the best coach he’s worked under, per an interview with beIN Sports cited by The Sun, knowing that Chelsea would be interested in acquiring his services, is mischievous at best.