Real Madrid were there for the taking on Saturday night in El Clasico.

Without Dani Carvajal, Sergio Ramos and Raphael Varane, and with Lucas Vazquez having to be replaced during the game, the Catalans knew a win would send them top of La Liga and, as importantly, put them five points ahead of their eternal rivals.

Barcelona were in slightly better form and they’d also won their last nine away games on the trot.

A 10th would’ve equalled Pep Guardiola’s record from 2010, and put them just two victories on the road away from the all-time record.

Once again, however, Ronald Koeman couldn’t inspire his side to a win in a big game. 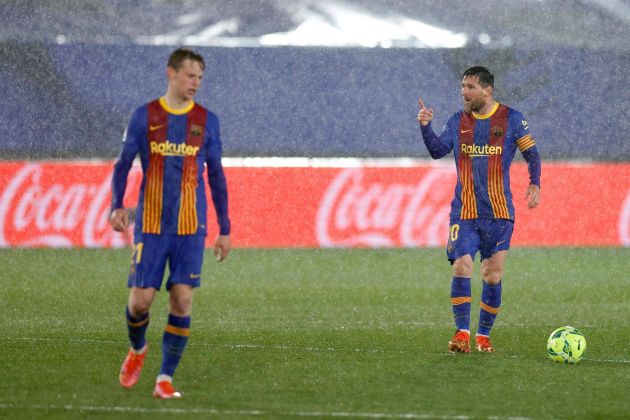 Let’s be clear. The Dutchman has done some great things this season, not least given the first-team a more youthful edge and a look into the future.

With or without Lionel Messi, Barca are in safe hands.

However, every time the blaugranes have played an important fixture in 2020/21, they’ve failed to win.

It doesn’t bode well in a week that ends with the Copa del Rey final against the latter.