He was a player that turned out in both the red of Manchester United and the blue of Manchester City, not to mention the claret and blue of West Ham United.

Carlos Tevez was a success wherever he played, and since moving on from the Premier League, the Argentinian has starred at Juventus, Shanghai Shenhua and Boca Juniors.

His new hairstyle which he debuted on his Facebook page is likely to be a subtle nod to the latter, given that the braided mohawk he now sports has a blue element running right through the middle. 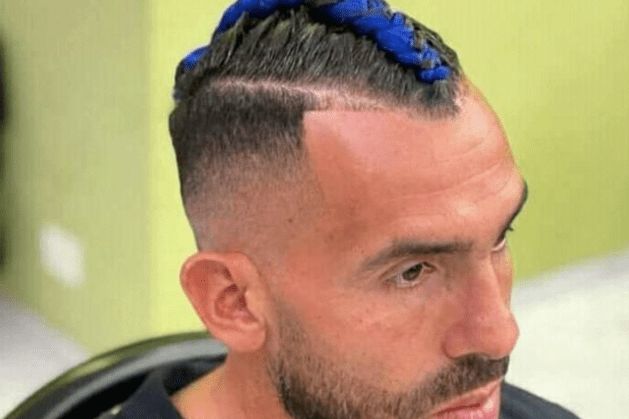