With the greatest of respect, Sam Allardyce teams aren’t renowned for scoring goals.

However, the five they plundered at Chelsea were well deserved, regardless of the sending off of Thiago Silva.

The confidence gained from that win at Stamford Bridge could clearly be seen in their performance on Monday night against Southampton and two quick-fire first-half goals put them in pole position for another hugely important three points.

The second was created thanks to a pinpoint cross from Mbaye Diagne, leaving Matt Phillips with the simplest of chances.

Blistering stuff from the Baggies! ??

Two goals in a matter of minutes for West Brom, as Phillips converts a delightful cross from Diagne! ? 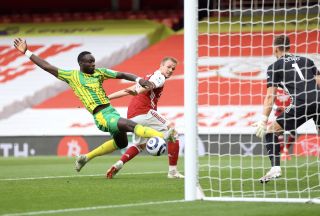