Liverpool are reportedly keen on a potential transfer deal for Fiorentina striker Dusan Vlahovic this summer.

The talented 21-year-old is making quite an impression in Serie A at the moment, and a number of big clubs are showing an interest in the €40million-rated forward, according to Todo Fichajes.

Liverpool and Manchester United are mentioned as being among Vlahovic’s suitors in the report, and they also claim the player himself is keen on a move away from his current club.

The Serbia international could be an important addition at Anfield after a frustrating season, with Jurgen Klopp perhaps in need of reshuffling his front three.

Mohamed Salah, Sadio Mane and Roberto Firmino have been great servants to Liverpool, but it seems defences may have figured them out a bit more this season, so Vlahovic could add something different to the Reds’ attack. 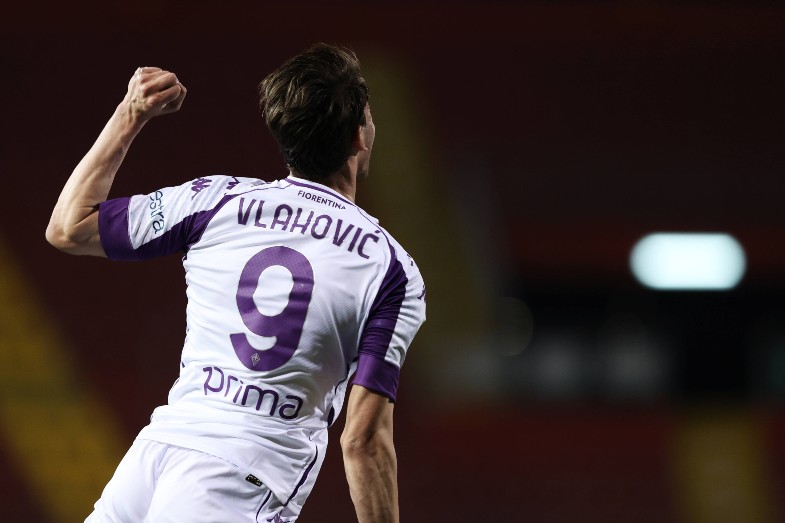 United, meanwhile, perhaps still have a glimmer of hope in the Premier League title race but would surely have been closer to Manchester City if they’d had a more reliable goal-scorer in their ranks.

Vlahovic could be an ideal long-term replacement for the ageing Edinson Cavani, and give the Red Devils more of a natural centre-forward than the likes of Marcus Rashford, Mason Greenwood and Anthony Martial, who tend to do best in wide-forward roles.