Chelsea have suffered a considerable blow ahead of the second-leg of their Champions League quarter-final clash with Porto, as reported by Sky Sport journalist Angelo Mangiante.

Thomas Tuchel’s men head into tonight’s clash with Porto with a two-goal advantage, with those two goals counting as away goals, despite the first-leg having been played in Seville.

Unfortunately for Chelsea, they will also be heading into the game without midfielder Mateo Kovacic, or so has been claimed by Sky Sport journalist Angelo Mangiante ahead of the game. 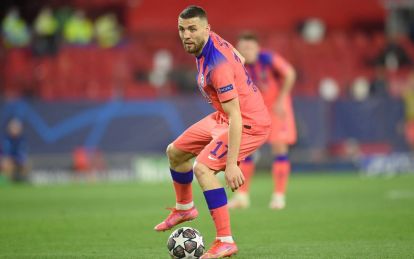 Kovacic is a key asset in Chelsea’s midfield, with his pressure resistance, superb ball-carrying and expansive passing range all combining to make him one of the Premier League’s finest midfielders.

However, as much of a loss that he will be for the Blues, N’Golo Kante, one of the best midfielders on the planet, is hardly a bad option to have step in during the Croatian’s absence, is he?