Arsenal manager Mikel Arteta is keen to add Jesse Lingard to his squad ahead of next season, according to Don Balon.

It’s quite remarkable how quickly Lingard’s stock has risen. The 28-year-old has gone from the Premier League’s forgotten man to one of the most in-form players in Europe virtually overnight.

While the England international has West Ham and David Moyes to thank for that in no small part, there’s no guarantees that he will be at the London Stadium come the start of the 21/22 campaign.

After all, If Man United do decide to cash-in this summer, they’ll be looking to squeeze every penny possible out of Lingard, with West Ham NOT one of the richer clubs in the country.

As per Don Balon, Man United could be provided with another opportunity to sell by Arsenal. The report claims that Mikel Arteta is very keen to sign the midfielder this summer. 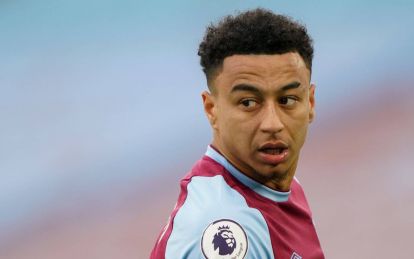 Arsenal are thought to be keen on signing Jesse Lingard.

The concern from Man United’s perspective would be that Lingard, the way he’s playing at current, could turn the Gunners into top four challengers once again, which would mean they’d be selling to a direct rival.

Though, West Ham too are Champions League competitors – so it leaves Ed Woodward and Ole Gunnar Solskjaer caught between a rock and a hard place.