Real Madrid are thought to be growing confident that they will be able to convince Kylian Mbappe to join the club, according to the Independent.

After his recent performances in the Champions League, Mbappe has firmly established himself among the world elite.

He’s no longer a young man punching above his weight, rather the rightful heir to Lionel Messi and Cristiano Ronaldo.

The next decade or so of Mbappe’s career is where he’s really going to etch his name into the history books, but there remains question marks as to where he will be playing his football during that period.

As is mentioned in the Independent’s report, his PSG contract is due to expire in 2022, meaning arguably the best player on the planet right now could be available on a free in just over a year’s time. 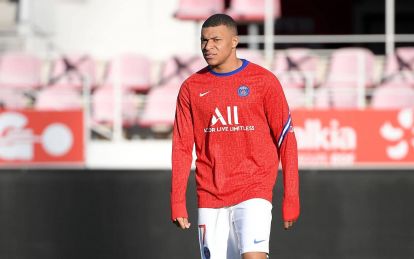 Kylian Mbappe could be interested in joining Real Madrid.

The Independent report that negotiations over an extension to his deal are ongoing, but Real Madrid are thought to fancy their chances of convincing him to jump ship.

Taking his contract situation into account, where Mbappe will be playing his football going forward is very much in his own hands. What he will decided remains, at least for now, a mystery.