According to Football Espana via Mundo Deportivo, Mateu Alemany, the Director of Football of Barcelona and technical secretary, Ramon Planes, met with the agent of Eric Garcia earlier today.

Mundo Deportivo report that the high-ranking Barcelona pair, who hold the key roles in recruitment, held a face-to-face meeting with Ivan de la Pena after changing the terms of their offer to the Man City star.

It’s reiterated that the 20-year-old centre-back wants to return to the club he left for the promise of the Premier League at the age of 17, with Barcelona sharing that same intention.

Mundo Deportivo (MD) report that wage and contract conditions were agreed to with Garcia both when a transfer was on the cards last summer, and when it once again seemed a possibility in January.

The issue is that Barcelona have now decided that they will not honour those pre-agreements, with the club reducing their offer to the defender on the apparent basis of staying in line with La Liga’s rules.

Garcia is available on a free transfer this summer, already confirming that he will not renew with the Citizens, but the Blaugrana are still looking to cut down the cost of a deal. 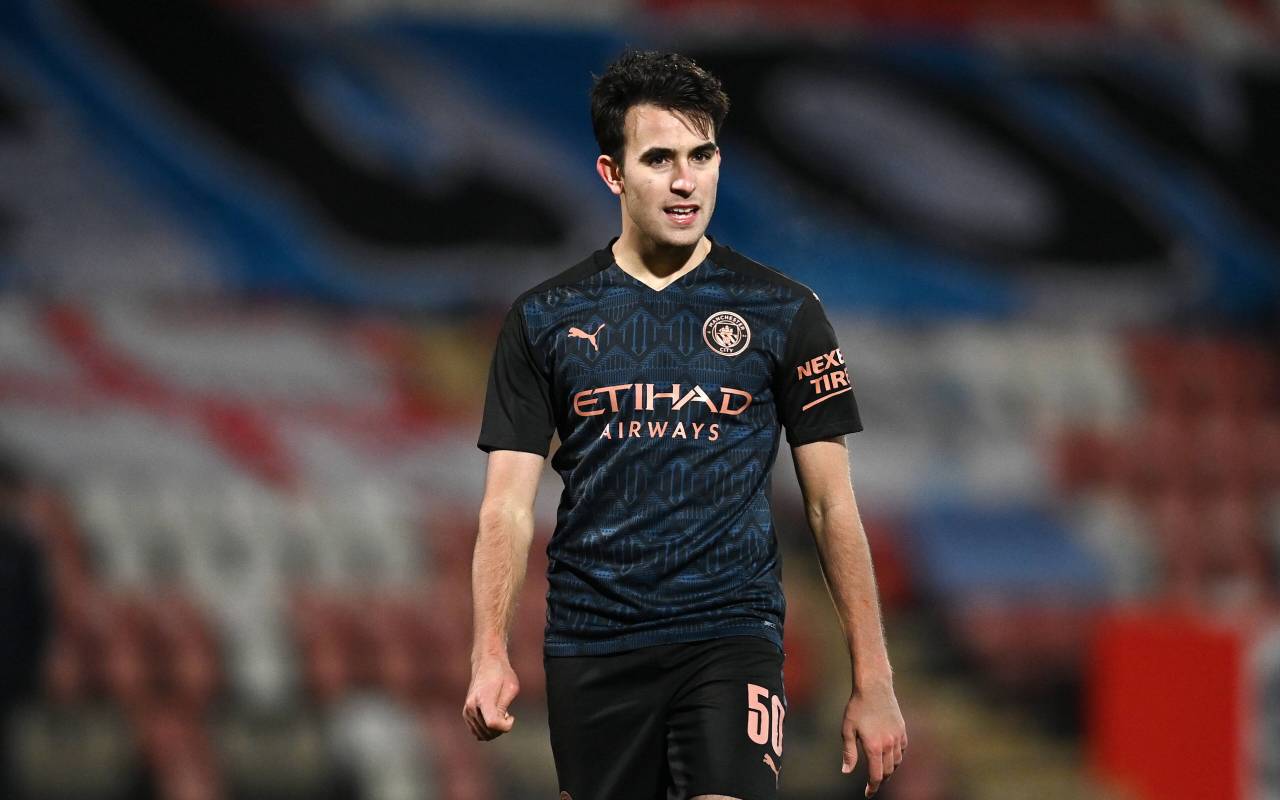 It’s reiterated that Garcia dreams of a return to the Nou Camp and is not willing to reject the chance of returning to the club, you have to hope that his desire is not being financially exploited by Barcelona.

It seems as though Alemany and Planes will now have to convince De La Pena and in turn Garcia to complete the switch, even though new president Joan Laporta has cut down the previous offer.

MD add that Garcia himself hopes that the previous agreement is honoured, which is the least they can do after the ace’s early announcement of an exit saw him cast away from Pep Guardiola’s first-team.

It’s even stated that Garcia rejected other transfer offers, knowing the consequences it could impose on his standing at City, all he’s hoping for is his energy and efforts towards the deal to be matched.

MD summarise that both parties will ‘continue talking’ but that there is not deadline set for reaching a transfer agreement at this moment in time.

Garcia’s enjoyed an encouraging start to his professional career after breaking into City’s first-team last season, starting 15 of his 20 appearances for the Citizens.

The defender’s sharp rise has earned him a spot in Spain’s senior team, winning seven caps to date, whilst he also remains a fixture for the national team despite his lack of action for City this term.

Garcia has made just 10 appearances across all competitions for Guardiola’s current side and Premier League champions elect this season, with his last start coming over two months ago in the FA Cup.