Speaking to ESPN Brazil, Neymar has confirmed that he will be signing a contract extension with Paris Saint-Germain.

Neymar’s performance at the Allianz Arena was overshadowed by the brilliance of teammate Kylian Mbappe, but the former Santos and Barcelona attacker took the limelight all for himself on Tuesday night.

The Brazilian produced one of the best performances without scoring or providing an assist that you’re ever likely to see, with PSG reaching the semi-finals of the Champions League when the full-time whistle blew at the Parc des Princes.

Mauricio Pochettino could be building something special in Paris, but it’ll be difficult to prolong their success if he is unable to keep hold of some of the key assets in his squad. As SPORT report, Neymar has been linked with a return to Barcelona. 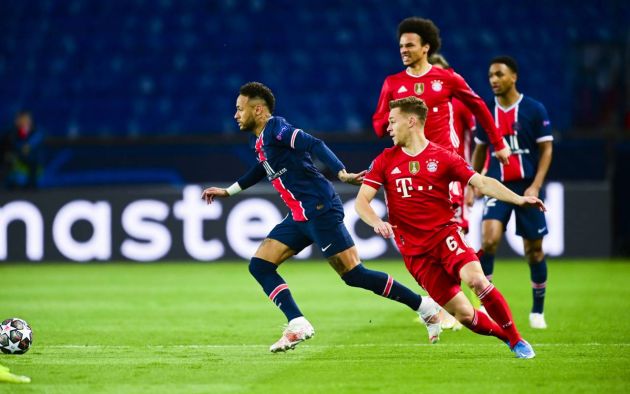 Neymar was at his very best for PSG against Bayern Munich.

However, while speaking to ESPN Brazil last night, with the quotes being helpfully translated into English by Goal, Neymar ended all speculation surrounding his future as a PSG player, confirming he will sign a new contract.

“This (renewal with PSG) is no longer an issue.”

“Obviously I feel very comfortable and at home here at PSG. I feel happier than I was before.”