When Torreira was signed by Arsenal from Sampdoria, the Gunners faithful could have been forgiven for thinking that they’d acquired a long-term solution in the middle of the park.

MORE: Arsenal puts the price tag for Lucas Torreira, who looks for a return to South America

The industrious Uruguayan looked to have all the necessary tools to be a success at the Emirates, but after dips in form and personal unsettlement, he departed on loan to Atletico Madrid.

Once more, despite a bright start, the move hasn’t played out as both Torreira himself and Diego Simeone would have wished. He’s surplus to requirements at the Wanda Metropolitano. 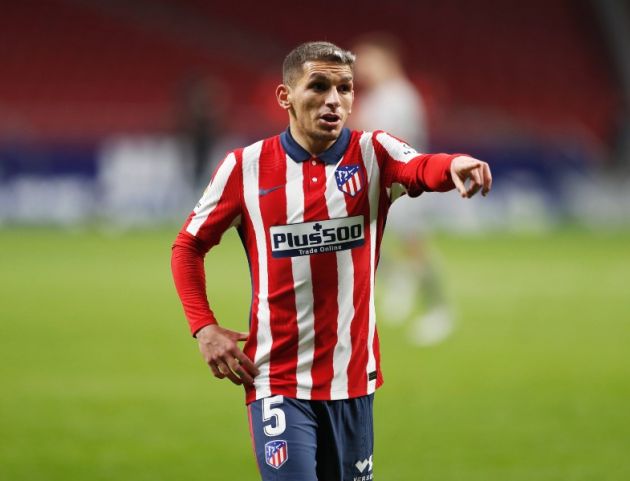 Lucas Torreira has struggled at Arsenal and at loan club Atletico Madrid.

There’s virtually no doubt at this point that Torreira will be leaving Atletico when his loan deal expires, but where he will be playing his football beyond this summer remains to be seen.

If Torreira was to have his wish – he’d be doing it at Boca Juniors. Read the Arsenal loanee’s comments below, as shared by Fabrizio Romano on Twitter on Thursday morning.

Lucas Torreira to @federicobulos: “I want to go to Boca Juniors now. I am 25 years old and I know it’s a club that plays for great targets. I’d like to make the fans happy… but I know it’s not easy. Boca should reach an agremeent with Arsenal for a one-year loan”. ? #AFC #Boca

As was reported by Uruguayan outlet Ovacion at the tail end of March, Torreira’s mother sadly passed away last month, having been battling with coronavirus. It would be no surprise if he wished to be closer to home in wake of her death.

While departing Europe’s top five leagues at the age of 25, with plenty left in the tank, could be seen as a considerable backwards step for his career, his family and his own happiness take precedent in this instance.

If Torreira wants to move to Boca Juniors, whose Casa Amarilla training ground is less than a four hour drive from his home town of Fray Bentos, then Arsenal ought to do what they can to facilitate the transfer.