Chelsea are in the market for defensive reinforcements this summer, with Don Balon claiming to know the identities of two players on their wish list.

The Blues have improved considerably since Thomas Tuchel took the reins at Stamford Bridge. All due respect to Frank Lampard, the German’s tactical superiority over his predecessor was clear just a matter of weeks after his appointment.

MORE: Chelsea identify five players who could be offered in exchange for £69m rated star this summer

One of Tuchel’s main achievements since taking the job has been tightening Chelsea up at the back. Irrespective of the 5-2 defeat to West Brom at Stamford Bridge, they have been much more resolute in defence since making the managerial change.

However, Chelsea’s starting back three at current is composed of Cesar Azpilicueta, a converted right-back, Thiago Silva, a 36-year-old and Antonio Rudiger, whose future at the club was in doubt not too long ago. 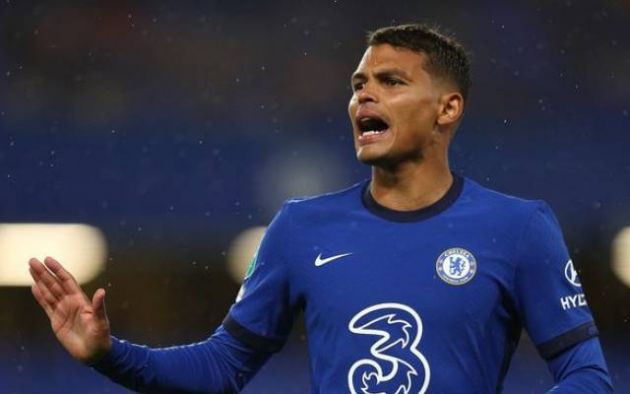 Thiago Silva has been a great addition for Chelsea, but is 36-years-old.

It’s hardly a long-term solution for Tuchel and Chelsea, with Marina Granovskaia likely to agree that defensive reinforcements are a necessity in the upcoming summer transfer window.

According to Don Balon, Chelsea have already identified two potential targets, with both of them playing their football in Spain. They are, per the report, Atletico Madrid’s Jose Maria Gimenez and Sevilla’s Jules Kounde.

Chelsea have gone toe-to-toe with both defenders in this year’s Champions League campaign, so will be well accustomed to their defensive abilities, as well as, perhaps more significantly, their shortfalls.

Roman Abramovich is likely going to have to splash a serious amount of cash to get either Gimenez or Kounde through the door, but considering how much they invested into their attack last summer, it’d make sense to balance it out with some defensive expenditure.