Manchester United have been given hope that Harry Kane will leave Tottenham and move to Old Trafford this summer, according to Football Insider.

Kane, irrespective of whether he stays or goes, is one of the best players in Spurs’ history. A goal return of 217 in 329 is quite remarkable, with the 162 he has netted in the league placing him among the top ten all-time scorers in Premier League history.

At 27-years-old, Kane has a fighting chance of breaking Alan Shearer’s record of 260, but of course, that would require him remaining in England for the bulk of what remains of his career, opposed to seeking greener pastures abroad.

According to the Independent, he will ask to leave Spurs if they fail to qualify for the Champions League, but it remains unclear who would have the necessary pull and financial power to successfully complete a deal to sign the forward.

One club that you’d expect to be in the running is Manchester United, with veteran Edinson Cavani their only natural, out-and-out centre-forward, with it being unclear if the Uruguayan will be at the club next season.

As per Football Insider, Man United are not only in the running to sign Kane, but are confident that he will be convinced to make the move to Old Trafford after the summer’s European Championships. 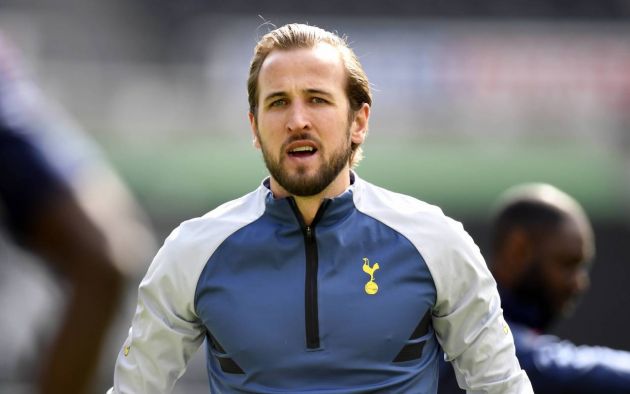 Harry Kane could be leaving Tottenham this summer.

Football Insider quote a source who claims Man United are long-standing admirers of Kane, while the player himself would be open to the idea of moving to the Red Devils if the opportunity arose.

Of course, the prospect of seeing Kane lining up for another Premier League side will be heartbreaking for every Tottenham fan, but few could argue that a player of his quality deserves to be competing for trophies.

Man United are not a million miles away from mounting a legitimate title challenge under Ole Gunnar Solskjaer. Kane could be the missing piece of the puzzle, and playing for United could help him affirm his status as a world star.