Transfer insider Fabrizio Romano has offered a transfer update that is relevant to Tottenham Hotspur, Arsenal and Juventus fans this evening, in regards to some rumours regarding Wojciech Szczesny.

Romano has take to his Twitter account that is followed by 2.5m, asserting him as the most high-profile football reporter when it comes to transfers, to reiterate some attitudes towards a specific transfer…

The Italian journalist reports that despite some rumours, former Arsenal star Szczesny has ‘never’ been an option for Spurs and later agreed with a reply that they’d ‘never’ be an option for the Pole himself.

With Spurs yet to make a decision on the future of long-serving star Hugo Lloris, Szczesny’s name has somehow come up in rumours, but the ex-Gunner will not be heading to his former North London foes.

Romano adds that there have been ‘no talks’ between Spurs and Juventus for the 30-year-old goalkeeper, as well as no ‘contacts’ with the star’s agent, stating there’s ‘no chance’ of this move.

Tottenham will take a decision regarding the goalkeeper situation at the end of the season, Lloris is waiting and nothing has been decided. Despite some rumours, Wojciech Szczesny has *never* been an option. No talks with Juventus, no contacts with his agent. No chance. ?? #THFC 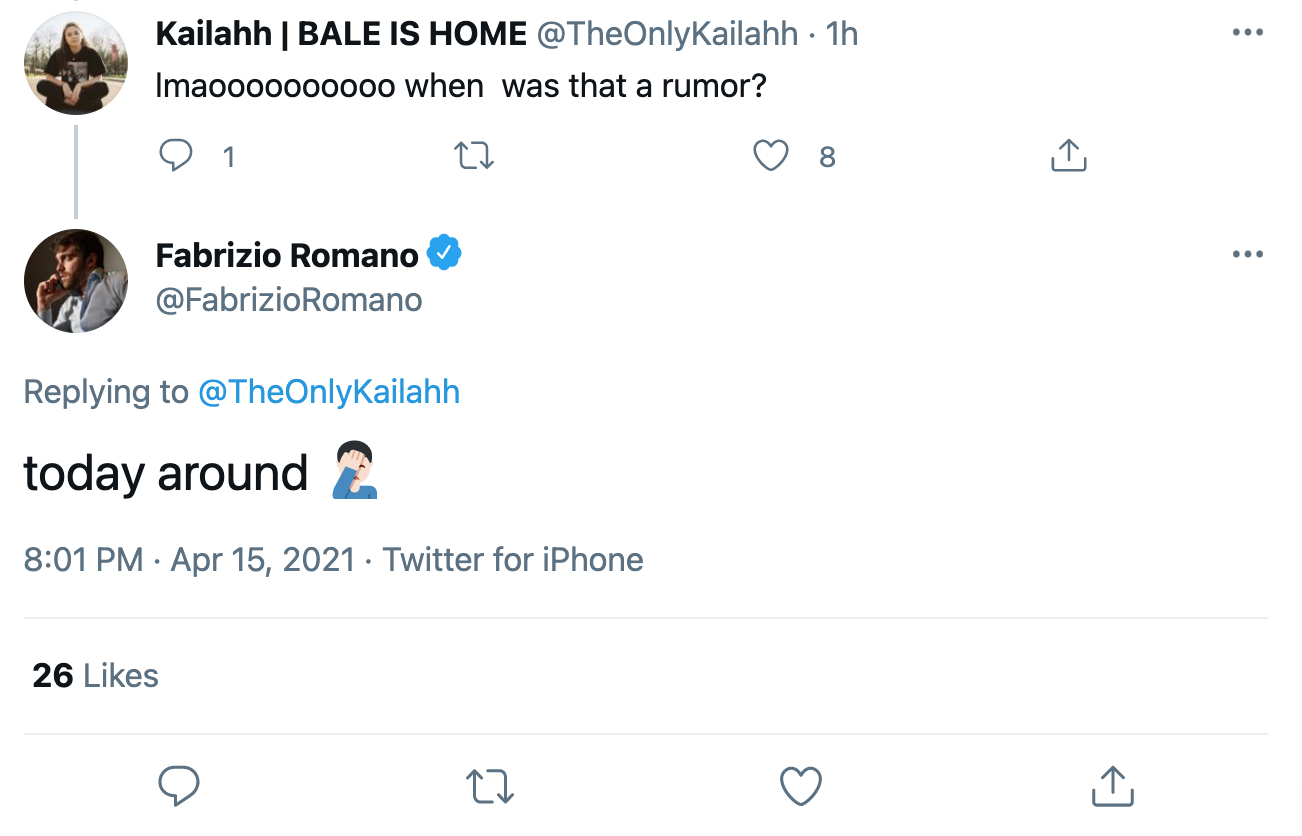 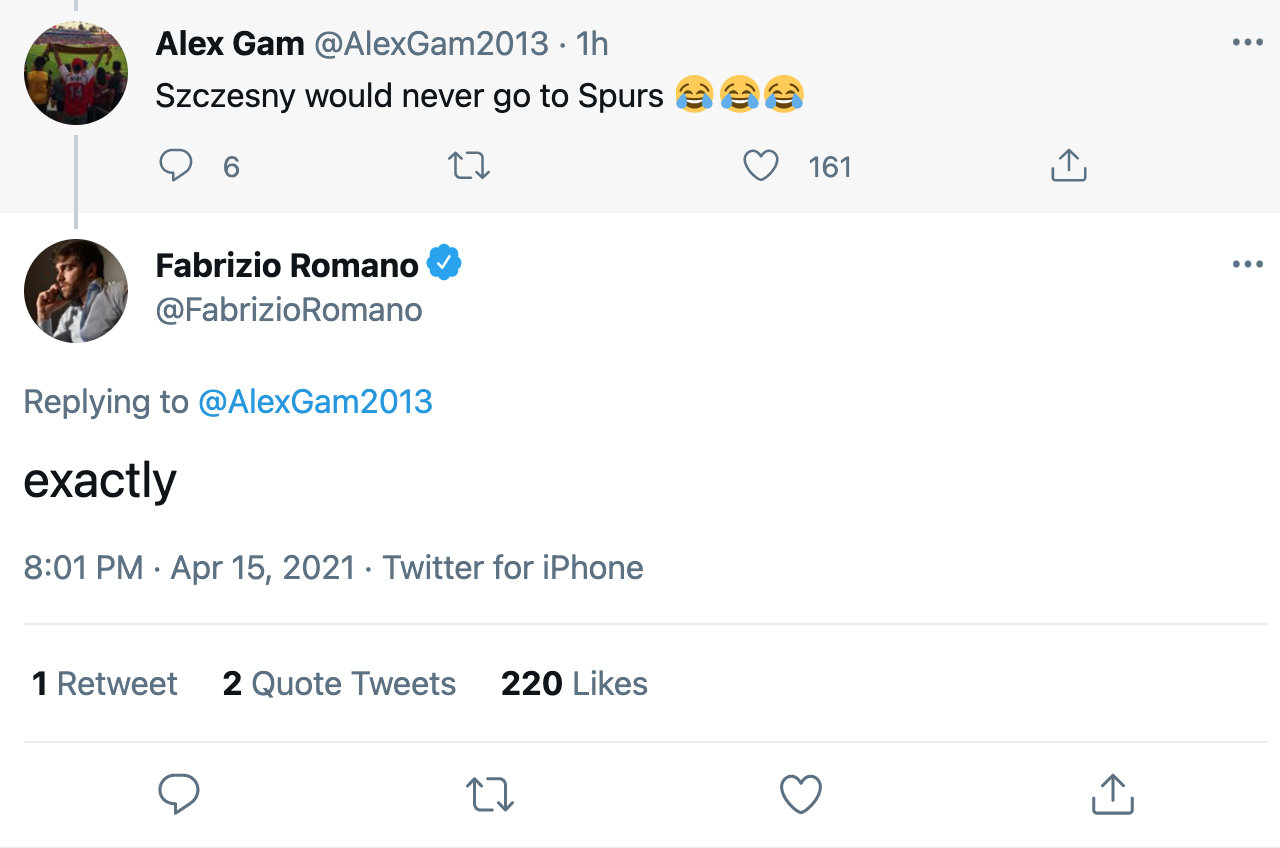 Szczesny joined the Gunners in January of 2006 as a promising 15-year-old talent from Legia Warsaw, the Pole went on to become a fan favourite for the club, making 181 appearances.

The quality stopper left Arsenal in the summer of 2017 after a two-year loan spell with Roma earned him a move to Juventus, where he’s been No.1 ever since, whilst Gigi Buffon has left and returned.

Arsenal fans will be delighted to learn that there is nothing in these rumours, and perhaps Spurs fans as well, though it makes their market for a potential proven replacement for Lloris even smaller.