Information provided by Spanish TV show El Chiringuito TV suggests that Sergio Ramos will be leaving Real Madrid at the end of the season.

Ramos, when he does leave Real Madrid, will arguably do so as their greatest defender of all-time. The Spaniard has been a key figure in an extraordinary amount of success over more than a decade. He’s an icon.

MORE: PSG’s latest offer to Mbappe could throw a spanner in the works for Liverpool and Real Madrid

With his contract due to expire at the end of the season, and Ramos now being 35-years-old, it’s anyone’s guess who he will be playing for next season. If he was that desperate to stay in Madrid, you have to think he would have signed along the dotted line by now. 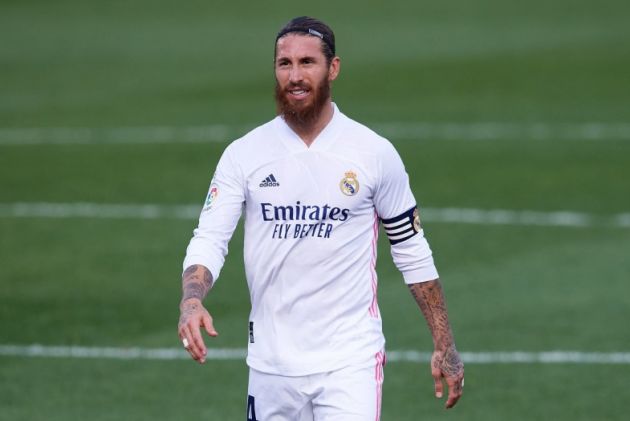 Sergio Ramos has reportedly informed Florentino Perez that he will be leaving Real Madrid.

Yet, he hasn’t, and a conversation between the centre-back and Real Madrid president Florentino Perez, as has been reported by El Chiringuito TV, suggests that he’s made up his mind, and will be leaving the club at the end of his contract.

As per El Chiringuito TV, after Ramos rejected Real Madrid’s latest contract offer, Florentino Perez said “We will have to plan [for next season] without you”, to which Ramos replied “do it”.

Ramos and Perez have, at least on the surface, always had a good relationship, and it depends on your interpretation as to whether you would consider this to be a bridge burning down.

The Spanish international may well have just been informing Perez of his decision to leave, rather than being as dramatic and argumentative as it comes across in El Chiringuito TV’s report.

The TV show are known for dramatising, and even fabricating, situations, so really we’re just going to have to wait and see how this one pans out over the coming weeks and months.