The transfer merry-go-round will start turning apace very soon, with a number of Premier League teams looking for central defensive cover in particular.

The likes of Liverpool, Manchester United and Arsenal could all do with a solid exponent at the heart of their back line, especially if they want to be challenging for the game’s top prizes next season.

To that end, Barcelona could possibly offer them the perfect solution and at a reasonable cost to boot.

According to Mundo Deportivo, cited by the Daily Express, Samuel Umtiti is once again surplus to requirements. 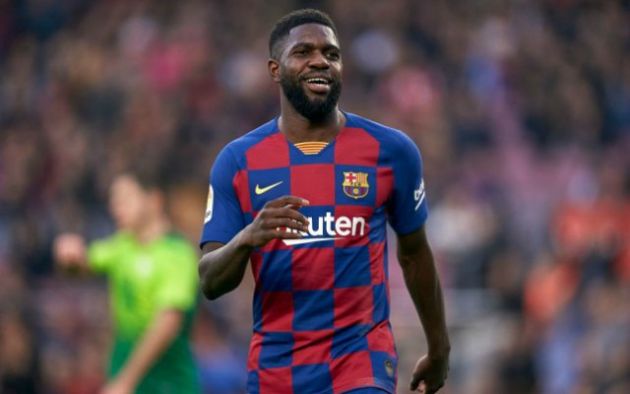 The club have tried and failed to get him to leave before, with his reported bumper contract said to be the reason why he’s happy to stay put.

However, with Eric Garcia expected to arrive from Manchester City once the 2020/21 campaign has ended, there’ simply no place for the Frenchman.

Surely the chance of first team football at any one of the Premier League’s most storied clubs would be of more appeal than sat twiddling his thumbs.