As the 2020/21 Premier League season draws to a close, Harry Kane has a decision to make regarding his future.

Does he stay at Tottenham Hotspur and risk not winning trophies, something which was a stated aim of his a few seasons ago, or does he move to a club where titles are almost a guarantee?

That’s only a decision he can make, though former England striker and captain, Alan Shearer, has given his two penneth on the situation.

“I’ve got way too much respect for Harry as a player and a man to offer him advice on a decision that I know for myself is rarely linear and that may not, in the end, be his to make,” he said in his column for The Athletic (subscription required), cited by talkSPORT. 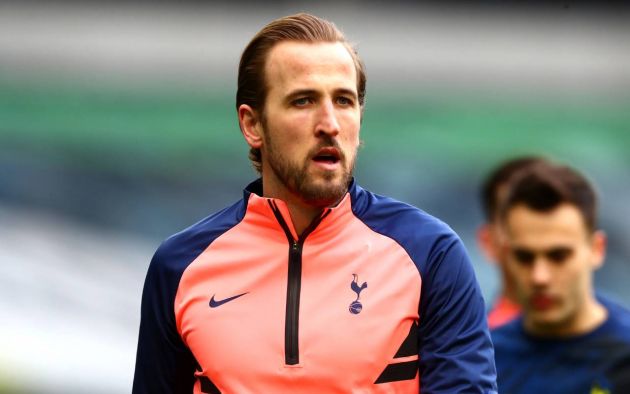 “What I would say, though, is this: if he’s going to leave, it looks like this summer or not at all.

“Harry is 28 in three months and this is why I think we’re approaching a pivotal moment. He’s at his peak, the ready-made article, an absolute guarantee of goals wherever he plays and the opposite of a gamble, but a buying club is going to want three or four of his best years in return for what would certainly be an exorbitant transfer fee.

“This is that time. Twelve months down the line and it becomes that bit more difficult to justify.”

If Jose Mourinho is dispensed with by Daniel Levy in the summer, which is almost a foregone conclusion if the north Londoners don’t secure the Carabao Cup, Kane could be tempted to stay put at White Hart Lane dependant on who takes his place.

One other factor in any transfer, as Shearer alludes to, is the amount that Spurs will demand for Kane’s services.

His fee is surely only achievable to those super clubs across Europe where money appears to be no object.