Manchester United striker Edinson Cavani will complete his move to Boca Juniors as early as next week, according to Todo Fichajes.

Cavani was acquired by Man United in the summer after his contract with Paris Saint-Germain expired.

While, with the Uruguayan penning a one-year deal, he was likely only ever going to be a stop-gap for the Red Devils, his performances particularly over the last week will have fans desperate for him to stay.

Cavani followed up his header against Tottenham with a fine strike against Granda in the Europa League. He was born to score goals, but it doesn’t look as though he’ll be scoring many more for United. 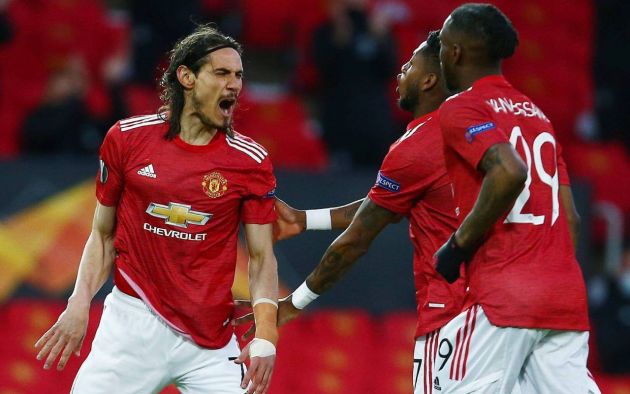 Cavani has enjoyed the best week of his Man United career to date.

As per Todo Fichajes, Cavani has already informed the club of his desire to leave this summer, with the 34-year-old set to sign for Boca Juniors, potentially as early as next week.

That would leave Man United in need of a new centre-forward, but at least if his departure is finalised early they’ll have plenty of time to work on getting a replacement.