Pep Guardiola has confirmed that Sergio Aguero will be unavailable for Manchester City against Chelsea in the FA Cup semi-final later today, report the Daily Mail.

Aguero has scarcely featured for Man City this season, his last season on the club’s books. However, Chelsea fans will still be delighted to hear of his absence.

MORE: Major blow for Chelsea ahead of Man City clash as two key players officially ruled out through injury

The Argentine has an excellent record scoring against Chelsea, and with Standard Sport reporting that the Blues are interested in signing him, he’d have even more reason to want to get on the scoresheet. 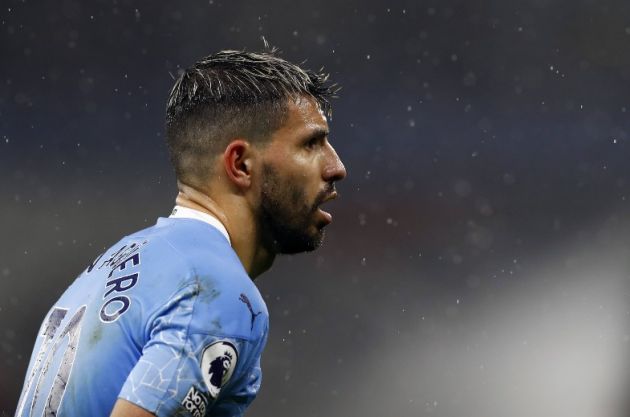 Sergio Aguero could be tempted by a transfer to Chelsea.

Games of this magnitude can oftentimes, if unfairly, be determined by injuries and illness sustained by key players in the build up, and as has been revealed by Pep Guardiola himself, Aguero is ruled out.

When asked whether Aguero will be fit to feature, Pep Guardiola replied, as quoted by the Daily Mail:, “no, not yet.”

Such is the unpredictability of Guardiola, it’s difficult to predict whether Gabriel Jesus will be fielded through the middle or he’ll make one of his famous curveball selections and have Oleksandr Zinchenko leading his line.

Either way, you know that City are going to be dangerous.