It’s becoming clear that Tammy Abraham isn’t going to be a regular starter for Chelsea just now, but it’s a big call from Thomas Tuchel today as he’s been completely left out of the squad for the FA Cup Semi-Final vs Man City.

There have been rumours that this would be the case all day, but it still didn’t stop this awkward tweet appearing on Chelsea’s official Twitter today, only for it to be deleted shortly after the line-up was confirmed: 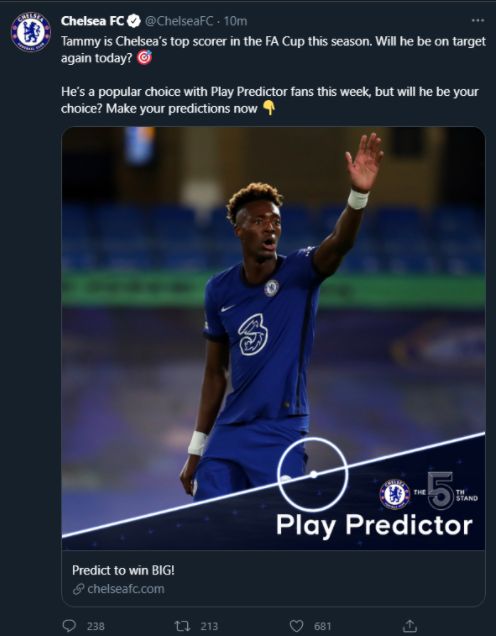 Needless to say that anyone who has included him in their predictor is going to be bitterly disappointed.