We’re used to the elite sides having around 25-30 players who make up part of the first team squad, so it’s rare to see Real Madrid having a squad as stretched as it’s been lately

It wasn’t the biggest to begin with and injuries and suspensions have whittled it down to an alarming number for the game against Getafe tomorrow: 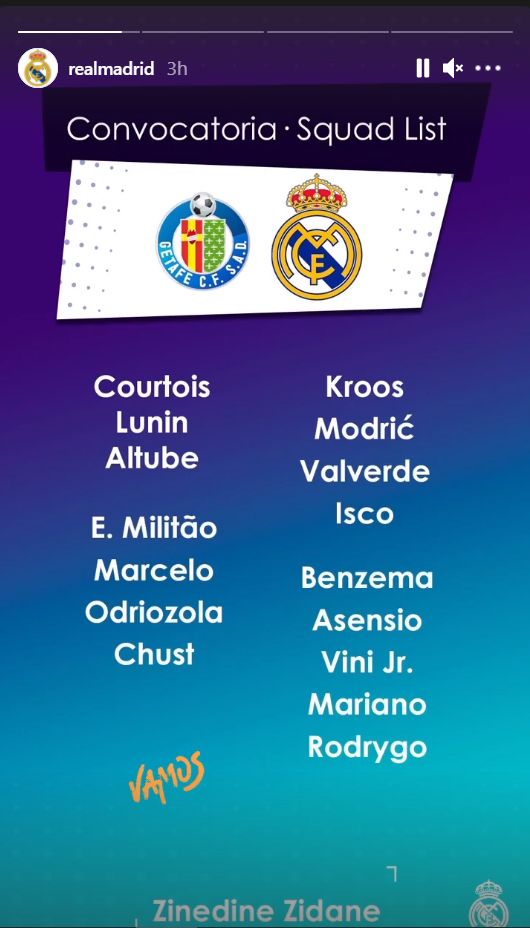 The defence in particular is a real concern as any kind of injury there means someone is going to have to fill in, while the entire squad is short on numbers so there won’t be many options to shake things up if the game doesn’t go to plan.

It’s also a massive match as Real look to keep the pressure on Atletico Madrid, so simply finding a way to win and come through the game without any injuries will be a major success.