Amid reports linking Luis Suarez with a return to Liverpool, the Mirror have dug up some old quotes from the Uruguayan which suggest the move could actually happen.

Suarez is arguably Liverpool’s best player in the Premier League era – not in terms of longevity or service to the club – but when it comes to natural, god-given talent, the striker tops the list.

MORE: Video: Lovely moment from Liverpool loanee Harvey Elliott as he scores for Blackburn and dedicates his celebration to the Hillsborough victims

His time as a Red came to an end when he decided to move to Barcelona, a decision which took his career to the next level, as Suarez established himself as one of the best forwards of his generation in Spain.

Last summer, he called time on his Barca career, signing for Atletico, but as the Mirror report, he has already been linked with the Wanda Metropolitano exit door – and a stunning return to former employers Liverpool. 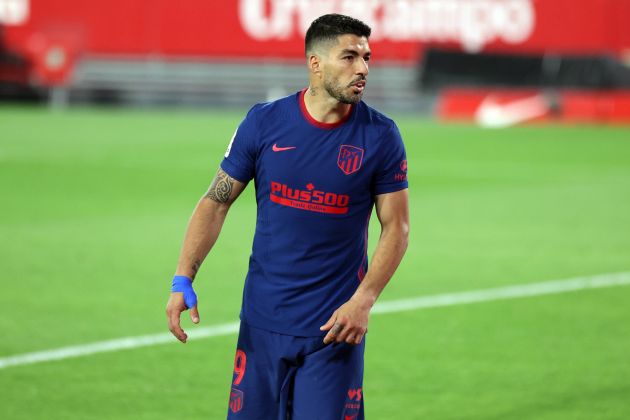 Luis Suarez has been linked with a sensational return to Liverpool.

As unfeasible as it may sound, have a read through these quotes compiled by the Mirror, which are straight out of the horse’s mouth, and suggest that Suarez could be keen on a return to Anfield.

Suarez speaking after featuring in the Liverpool all-star charity match in 2015, via the Mirror.

“You never know in football what the future holds but if I ever play in England again I will play for the Liverpool team and not another team.”

“It’s great to come back to Anfield. Not just for the old players coming back but those who play now and for the supporters, for Stevie and the foundation – it was a special game.”

“I’ve missed the fans. The atmosphere is unbelievable, it’s amazing. Everyone who’s played for Liverpool knows how important the supporters are. They know they are in my heart.”

“In the last year when I played there at Anfield, I was so sad for the supporters [that we missed out on the title].”

“I know some Liverpool supporters were angry with me because I celebrated a goal against Liverpool here in Camp Nou [last season] and for that, I am so sad.”

“I accept that and I say that hopefully, they understand my situation: we were playing at home and in the Champions League semi-final.”

“I lived one of the best moments of my life there and I think the supporters didn’t forget how my attitude was in the Liverpool shirt. Now hopefully they are so happy with the Premier League trophy this year.”