In the 76th minute of this afternoon’s thrilling Premier League encounter between Newcastle and West Ham, the East London outfit won themselves a penalty just minutes after Issa Diop scored.

Vladimir Coufal floated in a cross from the right flank, it was heading towards compatriot Tomas Soucek when Ciaran Clark led with his forearm and struck the ball.

Kevin Friend used the pitch-side VAR monitor to review the decision, and made the correct decision in awarding a spot-kick.

Manchester United loanee Jesse Lingard stepped up and looked ice-cold as he tucked the ball into the back of the net off the left post, Martin Dubravka went the right way but couldn’t stop this.

David Moyes’s side looked like they’d rescued a share of spoils after this turbulent period for Newcastle, but the Magpies ultimately made their man advantage count to restore their lead just minutes later. 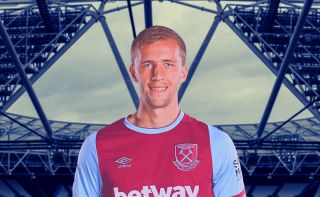