After the so-called European Super League confirmed that 12 clubs had signed up to participate, UEFA immediately hit back by threatening to BAN all players involved.

On Sunday evening, a statement was issued which confirmed plans for the conception of the breakaway European Super League, which would involve 12 of the biggest clubs on the planet.

Naturally, those within the game who are not involved with this green-ridden scheme have met the news with a great deal of contempt, with UEFA falling into that category.

In wake of the news that 12 clubs, including the Big Six in the Premier League, had signed up to be a part of the competition, UEFA released a statement to threaten every person involved with the plans.

After the #SuperLeague statement, this is the UEFA position: “Every club and player participating in the Super League could be banned from all UEFA and FIFA competitions, European or International level”. ? #UEFA

This is where the clubs will SURELY lose the support of their players. They’d be forced into joining a tournament which none of them signed up for, and would sacrifice their right to compete in World Cups as a result.

All we can hope is that UEFA and other governing bodies in the game flexing their muscles forces the clubs who have signed up for the ESL to back down. Though, we won’t hold our breath… 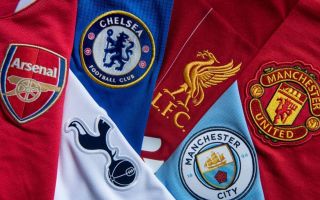