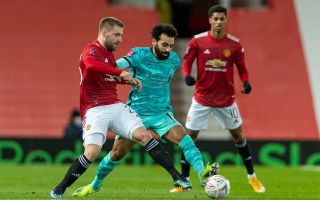 Manchester United, Liverpool, Chelsea, Arsenal, and Tottenham are reportedly among the Premier League clubs to have signed up to a breakaway European Super League.

The Champions League could be set to undergo a major format change, but it seems there’s also the threat of a new breakaway league of the biggest names in Europe, according to the Times.

Man Utd, Liverpool and Chelsea are among the sides to have signed up to enter the league, but the Times claim Manchester City are yet to do so.

Real Madrid are also mentioned as being among the teams leading the way to form a new league, which could dramatically change the game if it goes ahead.

The Times claim that as many as fifteen teams could make up the new league, and there would unsurprisingly be big money in it for them.

This could be even more tempting now due to the lost revenue from playing so many games behind closed doors due to the coronavirus pandemic.