An official statement has been made outlaying plans for the conception of the European Super League, a breakaway from the Champions League, which has met with widespread contempt.

As news began to filter through on Sunday that the Premier League Big Six had signed up to the so-called European Super League (as was reported by Sky Sports), fans and pundits across football were up in arms over the greed and deluded sense of self-worth on display from the top clubs in the game.

MORE: UEFA strikes back: Elite clubs could be banned from their domestic divisions for pursuing European Super League

There were whispers of an official announcement which would come late on Sunday, which would officially announce plans for the Premier League Big Six, alongside six more of the biggest clubs on the planet, to change football as we know it.

To the sadness of many, the whispers were to be true, with the following statement being issued by the ESL. 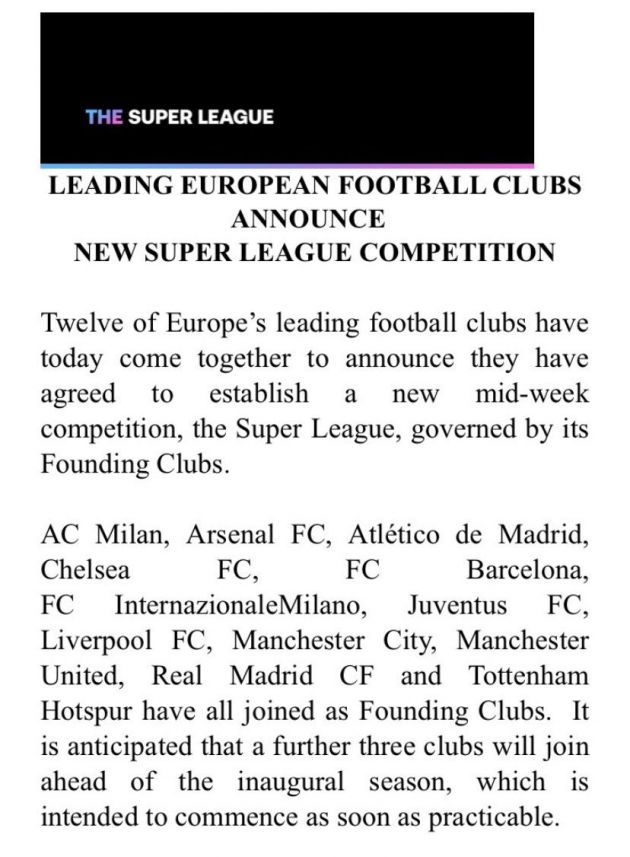 There’s little more that needs to be said on the matter that hasn’t already been said. You just get the feeling that we could look back on April 18th 2021 as the day that football died.

Our beautiful game is being stolen from us by billionaires with zero understanding, or regard, of what the fans want.