The Italy international has struggled to establish himself as a regular at Stamford Bridge and now looks to be edging closer to leaving for Inter despite seeing an exit blocked last summer, according to Todo Fichajes.

Inter boss Antonio Conte is also said to have given the move the green light, according to the report, which suggests things are progressing on this potential deal.

Conte brought Emerson to Chelsea during his time in charge of the west London giants, and it seems they’re now set to be reunited at the San Siro.

Emerson has never quite looked at home at CFC, so it makes sense that he now looks set to return to Italy at the end of this season.

Chelsea have Ben Chilwell and Marcos Alonso as options at left-back, so there seems little need for them to keep hold of a player like Emerson. 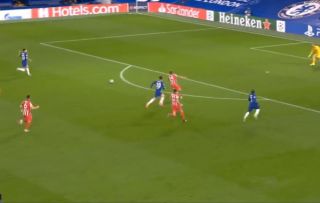