The news on Monday has been dominated by the imminent creation of the European Super League, announced late on Sunday night, and which will change the footballing landscape immeasurably.

Borussia Dortmund are one of two Bundesliga clubs who have aligned themselves with UEFA rather than the teams breaking away to form the new league, Bayern Munich being the other.

Depending on which side of the fence you sit, Dortmund’s decision will either be laudable or commercially stupid, and in the interim at least, it could have serious implications for Erling Haaland.

The striker is believed to want to become the world’s first £1m-a-week footballer, but that dream will be sorely dented now if he stays at the German club any longer than this season. 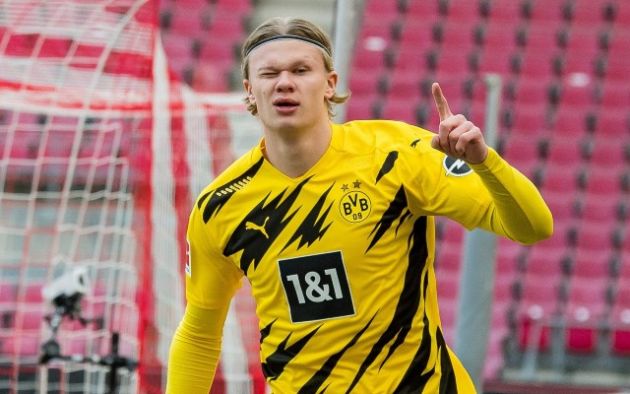 With the influx of money expected into the Super League, what seemed like a pipe dream might just become reality if any of the proposed clubs are willing to pay up for his services.

Dortmund will almost certainly find it difficult to hold onto him, but CEO, Hans-Joachim Watzke, is standing firm regarding his club’s position.

“We want to see the planned reforms of the Champions League,” Watzke was quoted as saying by MARCA.

A competition that could well be without the best players in Europe if the Super League gets its way.