This has been the worst season of officiating in the Premier League since the formation of the Professional Game Match Officials Ltd (PGMOL).

PGMOL provide officials to the professional game and are responsible for the recruitment, retention, training, and development.

The organisation is headed by Mike Riley – a former Premier League referee and accountant by profession.

He took over from me having been selected by Richard Scudamore (Premier League CEO) and Peter Heard (Chairman PGMOL), and approved by the board.

The budget of the PGMOL has risen from £5 million to the current £21 million since Riley’s appointment, and under his dictatorial management, I have witnessed a serious decline in standards.

There is no doubt that the Premier League introduction and management of the VAR process has been a disaster, unlike the smooth operation in MLS where former Premier League referee, Howard Webb, and his colleague, Greg Barkey, demonstrate how it should be operated.

Incidentally, all VAR decisions are reviewed at the pitch side monitor by the referee to demonstrate ownership of the decision. They DO NOT operate the offside lines so do not get into the the offside decision fiasco.

To make accurate decisions the process of a referee is to SEE, RECOGNISE, THINK & ACT.

It is obvious to me that the fitness standards achieved by the likes of Webb, Clattenburg and Halsey have declined within the group, and only the likes of Michael Oliver and Anthony Taylor can be seen applying regular dynamic sprints to maintain contact with play.

When any business starts to regress then a root and branch review of an organisation takes place to determine the course of action to follow.

The PGMOL are tasked with producing a cadre of world class officials and the ten referees that were in position that fulfilled this criterion when I retired are now down to two.

Oliver and Taylor, who are UEFA Elite Referees, are in that world class category.

So, my root and branch review would be a major clearout of the management – including Riley.

Fitness standards have clearly declined since Prof Matt Weston left the organisation and this is an area where new standards must be introduced with appropriate monitoring.

Random fitness tests throughout the season would be the order of the day.

A small panel of Coaches/Assessors would operate, and they would attend games and offer support and guidance and a review of performance. 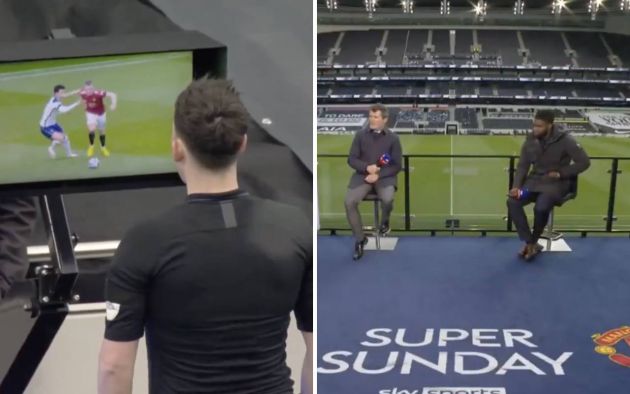 With six referees currently aged 50 years and over, the monitoring, selection and performance review of these officials must operate and reviewed on a six-monthly basis to see if they are retained.

I would retire Moss, Mason, Marriner and Scott immediately.

Atkinson and Dean would be retained, used sparingly and be retained for other duties within the organisation.

I would be looking for Pawson, Tierney, Kavanagh, Bankes, England, Madley to advance their careers, and mobility on the field of play would be one area of their performance that would be carefully monitored.

Attwell this year has made good progress so my aim would be to give him more top-level games within the Premier League. Referee Hooper would be relegated.

SG2 is the group of professional referees that officiate Championship games and is the recruitment area for Premier League referees.

This panel needs to be reviewed and new recruits found from the current list of National Referees.

We have some outstanding assistant referees, and I would give them more freedom to do their job even with VAR in operation.

Communication – the PGMOL needs to improve its communication to the stakeholders in the game and how this is achieved within an agreed framework must be put into operation.

VAR – appoint a new manager who I would send to America to work with Greg Barkey with a view to operating the system in line with PRO, the organisation that I helped form and who provide referees for MLS.