Manchester United and Real Madrid have been named as being the main “ringleaders” in the creation of the new European Super League.

The footballing world has been left shocked by developments over the last 12 hours or so, with the whole way the game is played possibly set to change forever.

The very existence of the Premier League and the Champions League is in some doubt as a new league could be formed later this year that would see Europe’s elite taking each other on on a more regular basis, but without the threat of relegation.

More details are emerging all the time, and Dan Roan has these updates in his tweets below, with Man Utd and Real Madrid clearly major influences in all this, with the Super League chasing fans of the future instead of what they refer to as “legacy fans”… 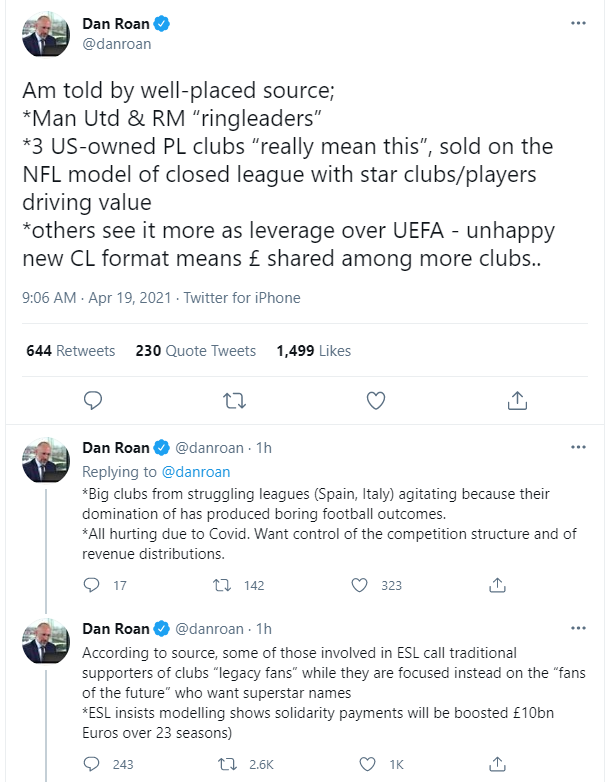 This will do little to comfort those who are concerned this is just a big money and power grab by Europe’s elite club sides.