Anti-European Super League banners have been hung outside of the Etihad Stadium this evening after Manchester City enlisted in the proposed breakaway competition.

You know things are bad when Man City fans are crawling out the woodwork.

The ESL confirmed via their official website on Sunday evening that 12 of Europe’s biggest sides had officially stated their intent to be a part of the tournament, including the Big Six in England.

As a result, all of the remaining clubs in this season’s Champions League who have enlisted face expulsion from the competition, with Man City, Chelsea and Real Madrid at risk of being booted out.

UEFA executive committee member and head of Danish FA Jesper Moller tells broadcaster DR he expects Chelsea, Real Madrid & Man City to be kicked out of this season’s Champions League: “The clubs must go, and I expect that to happen on Friday.”

Man City have never won the Champions League in their history, with this year providing the best opportunity to date for them to do so. As things stand, it’s unclear whether they will even be playing the first-leg of their semi-final tie with PSG.

City fans are not happy at all, and understandably so. Their club has signed up for a concept which threatens to destroy football, as well as their chances at this year’s Champions League.

On Monday evening, banners were put up outside the Etihad Stadium which affirmed the supporters’ stance – against plans for City to be a part of the European Super League. 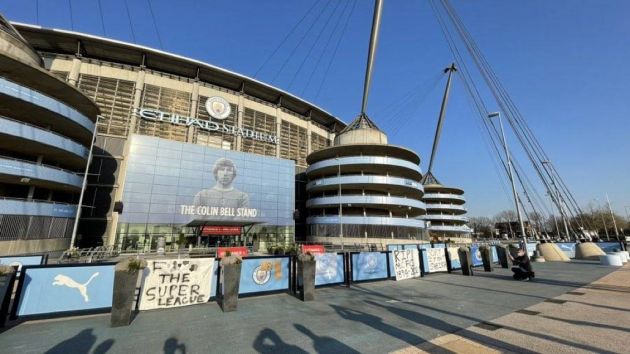