Prime Minister Boris Johnson has reportedly told the Premier League and Football Association that he could introduce new laws to block the formation of the new European Super League.

The news this week has rocked world football, with Manchester United, Manchester City, Liverpool, Chelsea, Arsenal and Tottenham all announcing they’ve signed up to join a controversial new breakaway competition.

However, this has been met with almost unanimous criticism, with fans and pundits alike clearly not at all happy with this potential move.

Johnson now seems ready to intervene and ensure it cannot go ahead, according to Alex Wickham in the tweet below…

He’s told the FA and Premier League no action is off the table and the govt is exploring every possibility, including legislative options, to ensure the proposals are stopped

The PM seems to have assured English football’s governing bodies that he’ll do whatever it takes to stop the Super League from developing, with no options off the table, including possible new laws.

This would be a blow to the clubs trying to link up with the likes of Real Madrid, Barcelona and Juventus in this new tournament, but would probably be for the best for football as a whole. 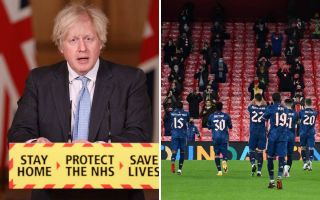 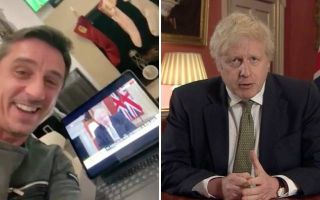