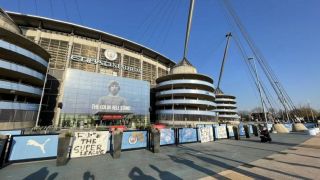 The European Super League promised to bring us new levels of excitement in football, but this probably isn’t what they had in mind.

It’s been a chaotic few days as the fury from the fans was clearly seriously underestimated by those in charge, and it quickly became a battle to see if they would actually go through with it.

They probably thought they had the ultimate leverage over everybody and they would be allowed to do what they like, but football has united against the idea and it now looks like it’s all come crashing down.

There have been rumours that Man City were going to announce their withdrawal this evening, and it’s just been made official by the club.

It’s a very basic club statement and you expect that others will soon follow, but it will also be fascinating to see if the fans are willing to forgive this, or if senior figures will be forced to quit.