It’s becoming very clear that those behind the ESL had no idea that their idea would go down this badly with general football supporters, and we’ve now got the interesting situation where players and coaches are questioning it.

Pep Guardiola gave a damning press conference today where he spoke about how “it’s not sport if it doesn’t matter when you lose”, and it did appear to be a shot at the ESL and the lack of relegation or anything meaningful going on for those teams who weren’t in the race to win it.

Man City have signed up to be part of the league so you have to think they would want a constant positive message coming out through official channels, so this tweet is interesting from their account this afternoon: 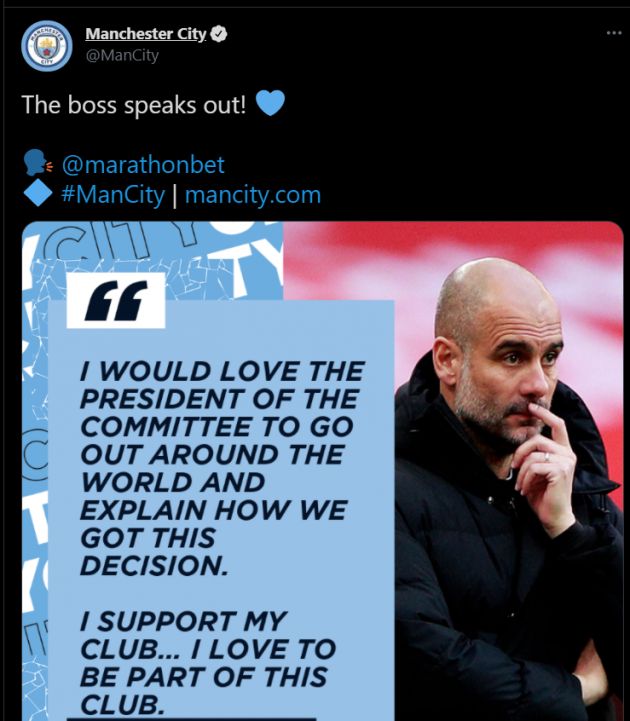 Unfortunately there is clearly a lot of money behind this so you can’t completely rule this out as being a shameless attempt to appear to be on the side of the fans with a fairly empty gesture, but it does appear that the resistance is growing…