The whole “Mes Que un Club” ethos is going to be tested like never before at Barcelona in the next few weeks, with a decision to be made between money and respecting the history and heritage of the cup.

A report from COPE has indicated that the Barca board still want to sell out for the riches of the ESL, and it’s only Man City who have pulled out so far:

This announcement has coincided with graffiti appearing around the Nou Camp which is condemning the club’s actions if they do want to go ahead with this, so they’ve put themselves in an impossible situation. 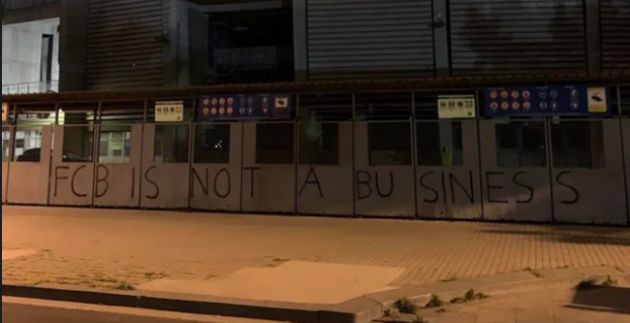 “Barca is not a business company” “Laporta, this shouldn’t be your first job.” From outside the Camp Nou from Barca

There are also suggestions that the club is trying to stay quiet until they see what the fans really think, so it’s some grade A levels of spinelessness from the leaders if that is the case:

This is typically excellent PR from the Joan Laporta spin machine, but Barcelona signed up to the ESL without any consultation with or warning to fans. Laporta waiting to see what way the wind is blowing before publicly commenting. https://t.co/rihS0mjRrb