Tottenham have taken all three points from their clash with Southampton this evening after a VAR review gave Heung-min Son an opportunity from the penalty spot, one which he took full advantage of.

Son had a goal chalked off by VAR just a matter of minutes before the incident, with Lucas Moura having been adjudged to have blocked the goalkeeper’s view from an offside position.

The goal was initially given, before David Coote was advised to head to the VAR monitor, and when that happens, there’s usually only ever one result. 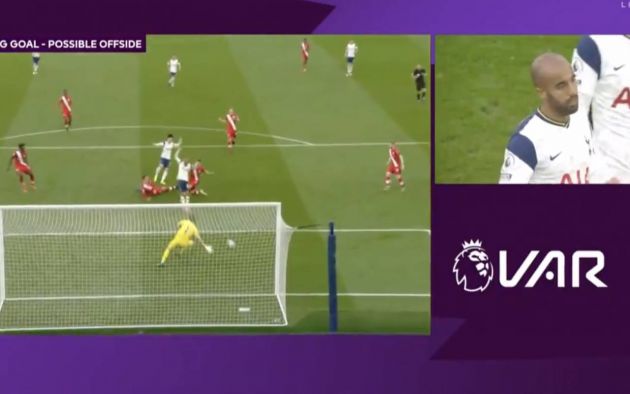 Thankfully for Son, and Spurs, they were given a lifeline by Southampton’s Moussa Djenepo, whose wild challenge was, once again adjudged by VAR, to be within the penalty area.

In the absence of usual penalty taker Harry Kane, Son stepped up to the mark, and as though there were ice in his veins, he sent the goalkeeper the wrong way and found the back of the net.